Dr Fletcher Mitchell is an international euphonium soloist based in Brisbane, Australia. He began music on the baritone at the age of 8 in the school brass band. He soon moved on to the euphonium and joined the local community brass band where his love for music grew. He performed in many solo competitions at local, state and national level with great success winning many junior and open sections.

Fletcher’s professional career began in 2007 with a full-time euphonium position with the Royal Australian Navy Band (RAN Band) following a successful audition the previous year. He served in the RAN Band until 2020 then transferred to the part-time reserve RAN Band to pursue a career as a civilian soloist and educator.

Fletcher has given international solo performances all over the world beginning with the 2013 International Euphonium Tuba Festival in Atlanta GA, USA. His desire to feature Australian works at such concerts led to his interest in exploring Australian music and, prior to returning to the United States for the 2014 International Tuba-Euphonium Conference (ITEC) in Bloomington IN, USA, he commissioned four new solo euphonium works by Australian composers. He gave the world premiere of these works during his recital as featured guest soloist at ITEC 2014.

In 2015, he was the featured euphonium artist at the Italian Brass Week in Florence where he performed Australian solo works again, including the Brendan Collins Concerto for Euphonium with the Maggio Musicale String Orchestra during the finale concert at the Florence Opera House. He returned to the United States as a featured soloist for the 2016 ITEC and performed a recital of Australian solo euphonium repertoire. In 2017, he undertook his first tour of Japan, visiting major cities over 16 days for solo performances, workshops and masterclasses performing predominately Australian repertoire.

He travelled to Finland in both 2018 and 2019 as the euphonium artist for the Lieksa Brass Week which included, among other performances, the world premiere of Australian composer Alan Lourens’s Euphonium Sonata ‘Arcades and Alleys’ in 2018. In 2019, he again performed all-Australian repertoire for his performances at the Lieksa Brass Week in Finland which included the world premiere of Three For Two, a euphonium duet written by Brendan Collins which he premiered with his then 12-year-old daughter Adele at this festival.

In 2020, he returned to the United States as a guest artist for the prestigious US Army Band Tuba Euphonium Workshop and performed a recital of all-Australian repertoire. This recital included the world premiere of Rite of Spring by Alan Lourens and the first live performance of Michael Forsyth’s Concerto for Euphonium.

As an educator, Fletcher was the lecturer in low brass at Monash University in Melbourne 2015-2016 before moving to Brisbane in 2017 where he took up the position of euphonium lecturer at the Queensland Conservatorium of Music, Griffith University in 2018, a position he currently holds. He has worked as artist in residence at universities across the United States performing Australian solo euphonium repertoire, lecturing on the repertoire as well as giving workshops, masterclasses and working one on one with undergrduate and postgraduate students.

Fletcher was born in Bundaberg, Australia in 1982 and is one of five children. He is married to Chrissie, whom he met while studying music together at university in 2001. They were married in 2005 and now have two beautiful children, Lachlan and Adele. Fletcher is a Yamaha Performing Artist and Clinician. 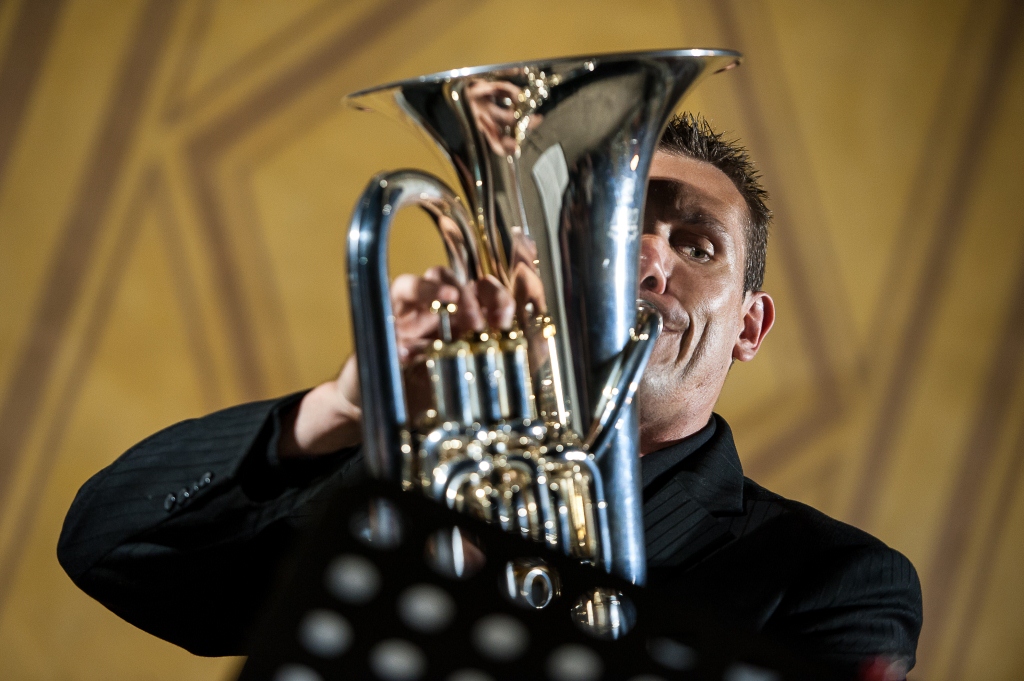